The Saigon-Kien Giang Brewery (brand name KGB) based in Kien Giang, in the southwest of Vietnam, has been a new member of the international network of VLB Berlin since January 2019. The ambitious young company was founded in 2014 and has a production capacity of currently around 1 mio hl of beer per year.

With around 95 million inhabitants, Vietnam is one of the most dynamic states of Southeast Asia. A comparatively low average age as well as the opening up to foreign investors have enabled the country to achieve respectable economic growth rates in recent years. This is also beneficial for the local brewing industry: With an annual production of about 43 mio hl of beer, Vietnam ranks third among Asia's beer nations. Reason enough for the VLB Berlin to maintain close connections with the Vietnamese brewing and malting industry over the past years. In this context the contact to the Saigon Kien Giang Brewery has been established. VLB is particularly proud that Kien Giang management has decided to become a VLB member this year. The goal of this close cooperation is to assist the Vietnamese brewery colleagues in the further expansion of their company, especially in questions of product development, product quality and sustainable process design.

Quality is a top priority at KGB: The company was founded in 2014 and is certified according to ISO 9001 and conducts a modern laboratory for quality assurance. In addition, modern personnel management and the sustainable design of all processes are part of the corporate philosophy. The beer is distributed all over South Vietnam and exported, inter alia, to Singapore and Australia. On his visit in Kien Giang in September 2019, Andreas Faustmann, senior consultant at VLB, handed over officially the certificate of VLB membership to Mr. Le Van Thap, KGB Director, Hoang Xuan Tung, KGB Vice Director, and Nguyen Quang Vinh Nguyen, Head of Quality Assurance, by, during his on-site consultation visit in September 2019. 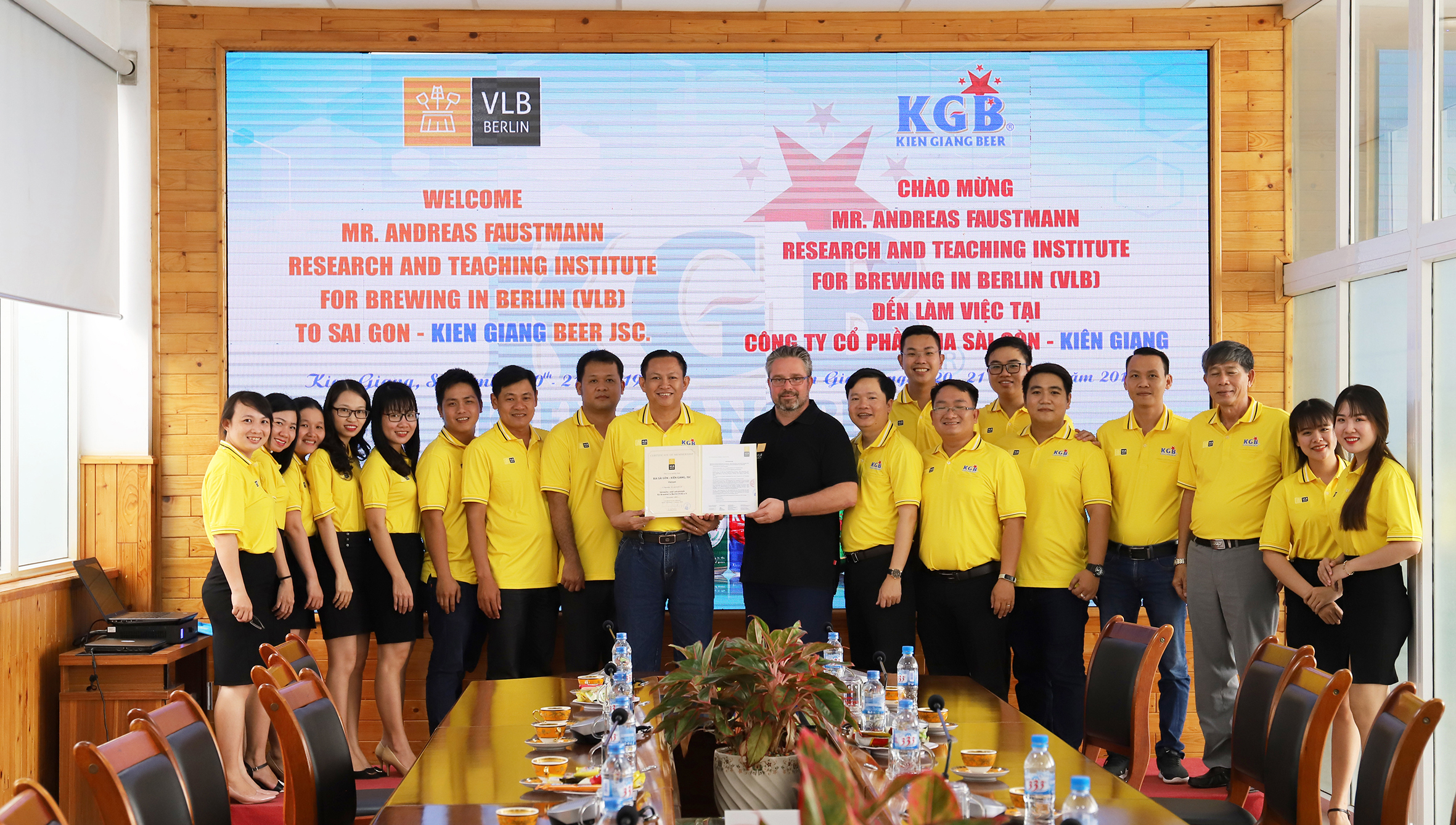