As part of a trip to Germany, the group of the Japanese Brewer Association (JBA) stopped in Berlin. A visit to VLB Berlin was also on the agenda. The 12-member delegation was led by Mr. Gentaro Tamura, President of the Japan Brewers Association and Director of the Kumezakura Daisen Brewery in Tottori, in the south of the main island of Honshu. The Japan Brewers Association was founded in 1994 and represents the constantly growing and increasingly popular scene of craft breweries in Japan. In the past few years, it has established itself alongside the four large Japanese brewery groups Kirin, Asahi, Suntory and Sapparo. The Japanese brewers were particularly interested in the possibilities of brewing training and further education in Germany, which has a high reputation in Japan.

VLB managing director Dr. Josef Fontaine and the lecturers Burghard Meyer and Dr. Roland Pahl familiarized the guests with the history of VLB Berlin and the wide range of options for training and further education. Michaela Knör, librarian of the Axel Simon Library, explained the historical relationship between the VLB and Japan, which began with Kojiro Makoshi's study of brewing in the semester 1903/1904 in Berlin. Further discussions centered on brewing craft beers. The focus here was on aspects such as quality assurance or the production of special types of beer. The program also included a tour of the Wilfried-Rinke Technical Center, where the delegation and the hosts ended the visit with a glass of beer. 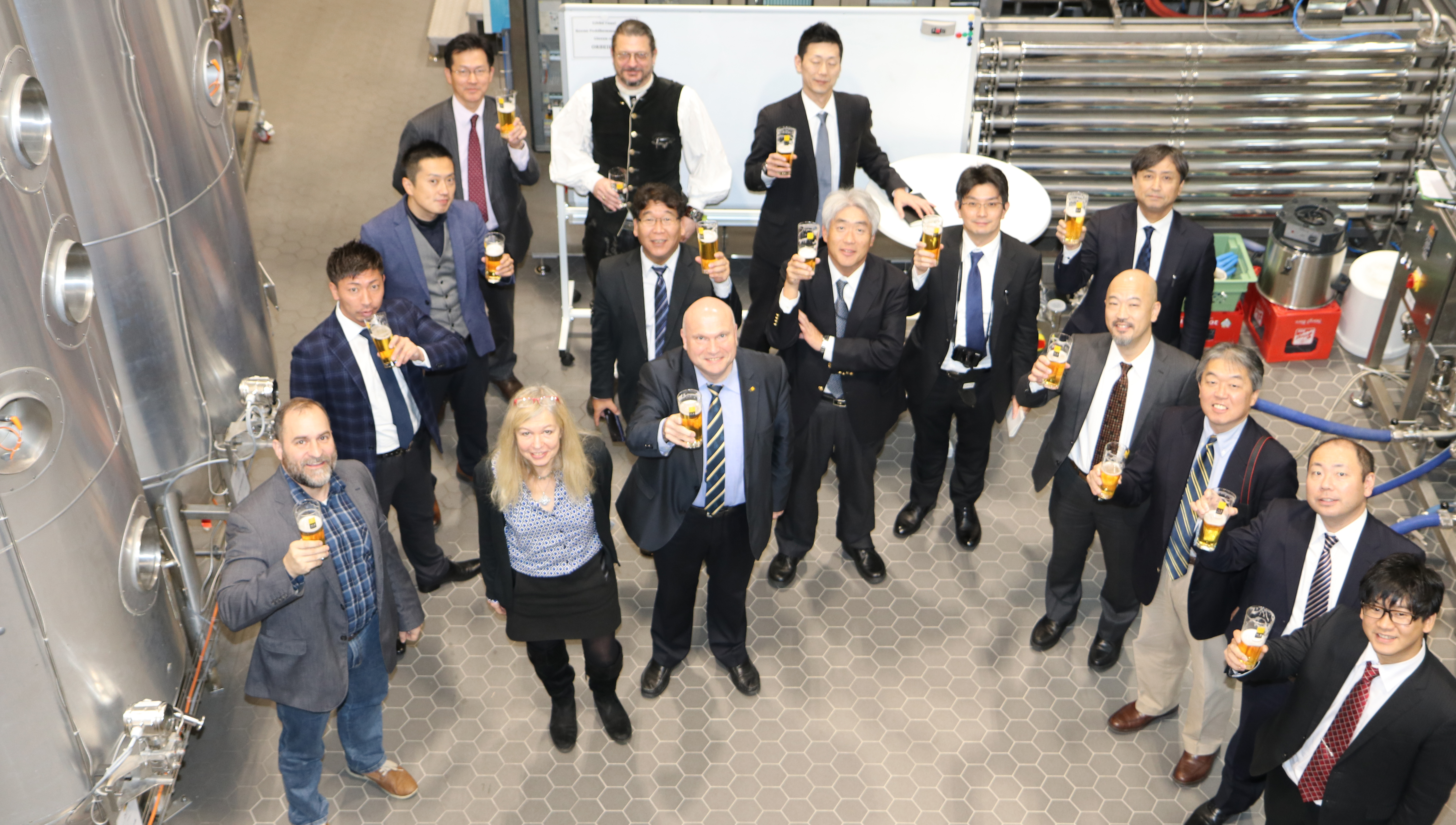 The 12-member delegation from the Japan Brewers Association visits the Wilfried-Rinke Technical Center.