The Annual General Assembly of VLB Berlin e.V. took place on 10 October 2022 in Berlin. This year's agenda included the regular election of the new Administrative Board, which was confirmed in its current composition for another four years.

According to the VLB Statutes, the Administrative Board is elected by the General Assembly for a period of four years. The last time this happened was in October 2018, so a new election had to be held by rotation this year. All previous office holders had stood for re-election for another period and were unanimously elected at the Members' Meeting on 10 October 2022 at the Hotel Berlin, chaired by VLB President Ulrich Rust:

The Administrative Board decides on all fundamental matters concerning the VLB and is thus one of the three steering bodies of the VLB, along with the General Assembly and the Management Board. It is elected by the general meeting for a period of four years. It may consist of a maximum of nine members, seven of whom must be actively involved in a member company with voting rights. Up to two members may be actively engaged in a non-voting member company or be neutral actively engaged persons from science or administration. The work in this body is an honorary office. 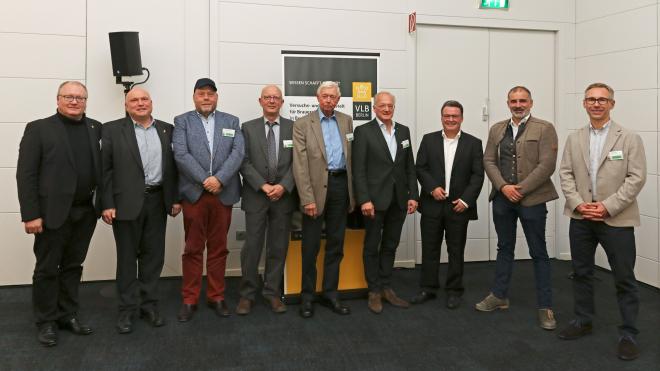